What are the differences between git file states (untracked, unmodified, modified, staged)?

I would like to know what characteristics and differences between the states of the files during their life cycle in git . 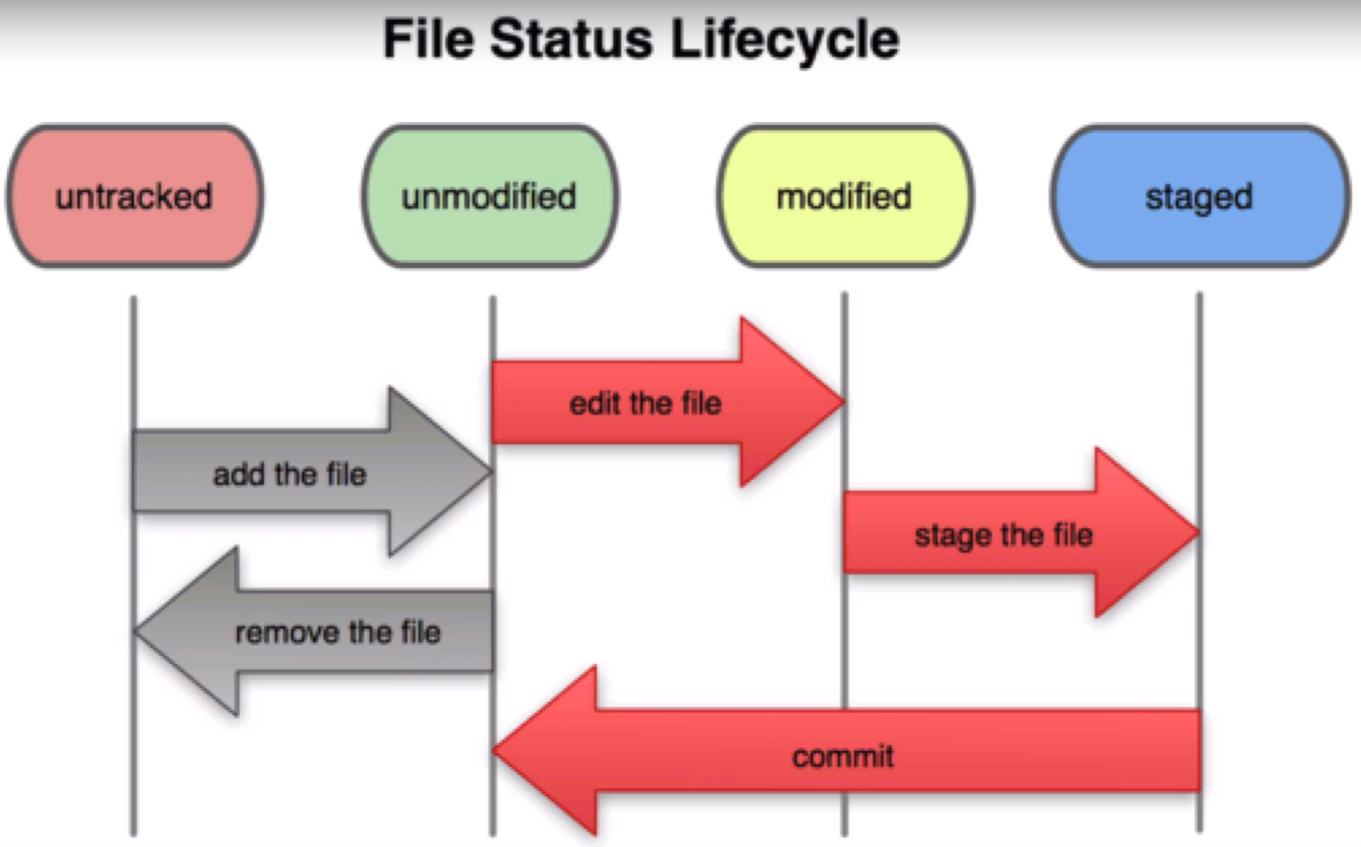 I think we can better understand these states by creating a project from scratch. First I will create a folder called "project" and enter it:

For now it is empty. I'll use git init to initialize it as a git repository:

Now I'm going to start my project by adding a file (with the "hello world" content inside it), and then check the status of this file with git status :

Notice that the hello.txt file is listed as " Untracked files". That is, git is not " tracking " this file. We can say that git is not controlling the life cycle of this file (and I confess I do not know if "life cycle" is the technically correct term).

It's like git says: "I saw that there is a file here, but I'm not responsible for it."

In order for git to be responsible for this, use add :

Now the file is listed as " Changes to be commited" , that is, it will be part of the next commit. The file is then said to be " staged " (or is in the stage area , or index / em>, I do not know why so many names for the same thing ).

In any case, note that there is even an instruction to remove the file from the staging area ( use "git rm --cached ..." to unstage > ).

Instead of unstage the file, let's commit it (I love these foreigners ...) / sub>

After the commit, git status says that there is nothing to show (nothing to commit, working tree clean ), meaning all files are up to date: content hits with the last commit, there was no change). It can be said then that the hello.txt file is unmodified (no changes compared to the last commit).

So let's change the file by adding some text to its end:

It shows that the file is modified , that is, it has been modified compared to the last commit. But note that this modification will not be in the next commit, because the file is listed as "Changes not committed for commit" and at the end the message "no changes added to commit" in>.

I can see the modifications using git diff :

The +Novo texto excerpt indicates that this line has been added ( + ). To make the change available at the next commit, just use add :

Notice that the file continues to have a status of "modified" (after all, it is different from the last commit), but will now be in the next commit.

That is, it is both modified (different from the last commit) and staged (because it is in staging area ) .

Being in the staging area causes diff to no longer show the differences:

To know what has changed, you should use the --cached option, which compares the staging area (also called cache ) with the last commit: / p>

By the way, --cached is equivalent to --staged - that is, compares the files that are staged with the last commit.