I followed the face detection tutorial using OpenCV and wrote in Python 3. In this file, print is not used. I already know that Python 3 is international, is UTF-8 compatible and does not need encodings. But even so, no accent appeared on an image. Note that the file is saved in UTF-8.

I changed from English to Portuguese, writing a sentence "It's a cat":

I ran on the Visual Studio Code integrated terminal in Ubuntu 16.04. It is no use suggesting that you run on the native terminal because the same thing happened.

And it did not work.

A "# 1 cat" appeared in an image while executing and compiling: 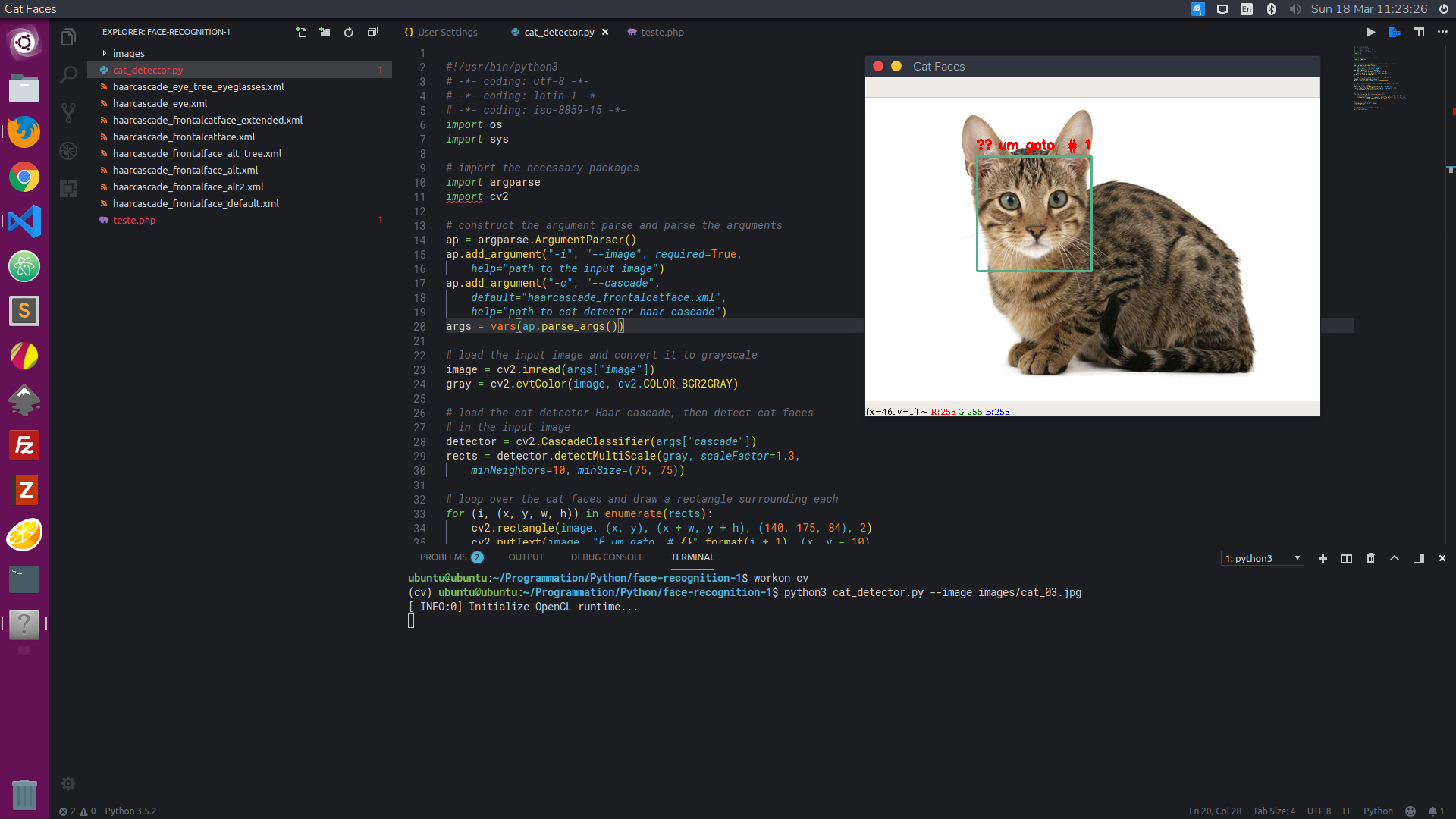 As far as I know, there is no implementation in the PutText function to support unicode and special characters, so the problem is not with python.

A widely used feature, however, for this and other special character prints is the draw.text function of Pillow (PIL) .

PS: The encode function of OpenCV (now imencode) refers only to the encoding of the image itself. Documentation: Here