What is the correct order of the ICP-Brazil certificate chain so that the certificate of an e-CPF and e-CNPJ is requested via TLS Handshake? [closed]

To authenticate a user using the digital certificate, and to obtain this certificate in the backend it is necessary to enable the "SSL / TSL Handshake" option on the web server with the option to export the certificate as environment variable - allowing access, after being authorized and selected, by the language behind the web application .

However, only certificates that are in the property " CA bundle " are allowed and listed at the prompt. The CA bundle defines the certificate chain that is trusted for authentication to this site.

In the case of e-CPF and e-CNPJ, which are digital certificates signed by the certification chain of ICP-Brasil a>.

I have used a script to download and generate the bundle with all the certificates publicly available on the official website, for those who are interested the script is as follows , but I did not succeed in implementing the generated file in my webserver because the order generated by this script is random.

As this script lowers all certificates, it is still allowing the inclusion of NF-e and OAB type certificates, which is not the focus.

After some searches on several sites, I got the expected result.

To complete the SSL Handshake flow, the server needs to tell which certificates are accepted, so the browser will display the selection prompt with only valid certificates to complete this request, as shown in the diagram below: 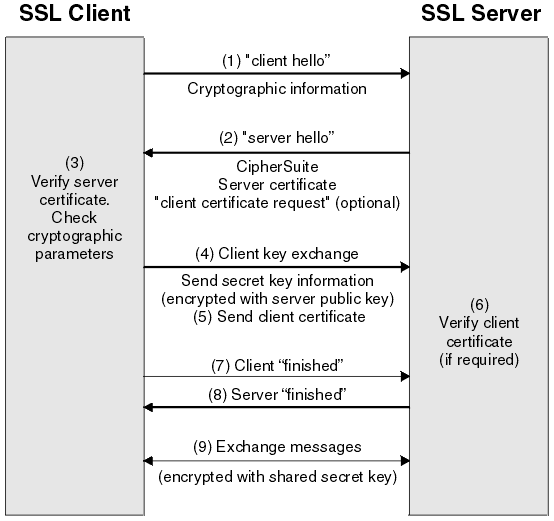 Inthisway,youneedtoaddonlythe"Root" certificates in this "bundle" of CAs. This combined file must respect the RFC 4346 using the delimiters correctly for the file to be read correctly by the web server.

The order that is working with me is as follows: