Jasmine tests on separate files without breaking the describe?

I want to organize my javascript tests on separate files, but these can be part of a common module. For example:

I have describe('Controllers') , and under it all controllers. But here you can see how much the files will take as each controller will have several its . What I need is to break these tests into a file by controller , but still keeping them as part of describe('controllers')

I tried to call the same describe on different files and it generated redundancy: 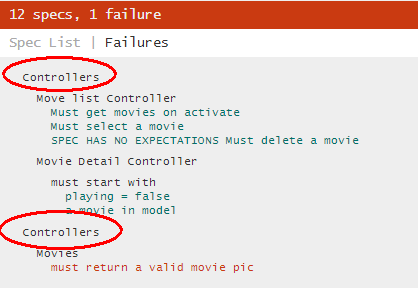 Any idea how to separate into files without breaking describe ?

You can do this: