I have a Java class that contains 1756 lines (obviously it's not all code, there are blank lines, lots of comments and some commented code in case you need it in the future)

I'm implementing the MVC structure and this class belongs to the control.

This class is responsible for: 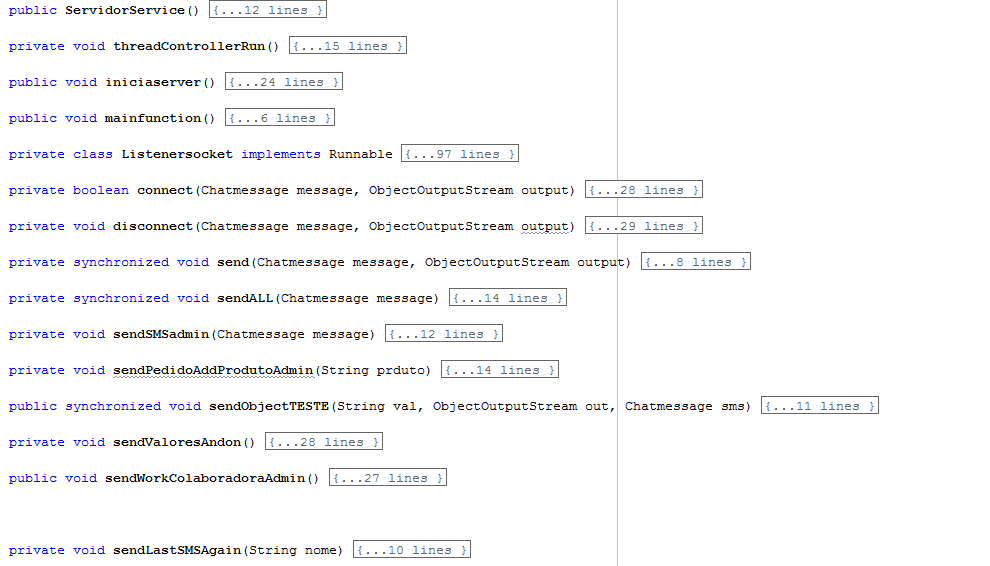 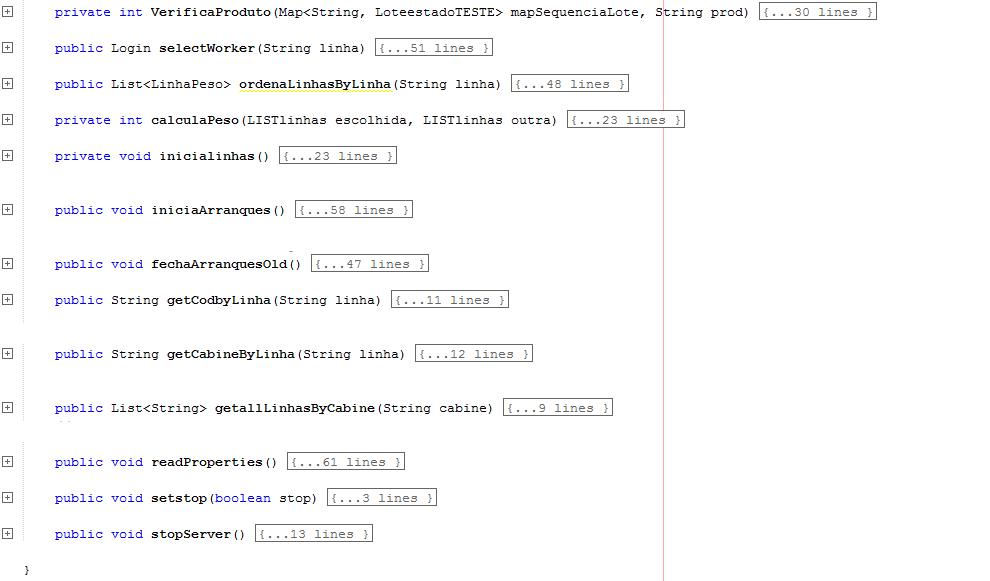 The class is getting really big even for me, but thinking about the future of someone needing to change some function I think it will be difficult for her to maintain her code.

What is the best way to refactor it?

From the responsibilities you mentioned, I suggested the following (class names are just suggestions, you can by your taste):

GestaoClientes.java : With the implementation of methods for handling customer management (Responsibilities 1 and 3);

AcessoBD.java : With the implementation of all methods of access and interaction with the Database (Responsibilities 1b and 4);

AcessoWebServices.java : With the implementation of all methods that interact with WebServices (Responsibility 1a).

2 - Keep server-related and specific methods in the ServidorService class and variables (those that should be visible or modified by all methods).

If all variables remain in the ServidorService class then I believe that the methods in the classes I have suggested may be static. And you're just invoking the methods when you need them.

I noticed that you also have an internal class and I still did not understand the idea of it there, but I do not know what to suggest yet about it.

In this way I believe that you have already greatly reduced the number of lines and facilitate the maintenance of the code, since the other technician would know where to look in a specific way according to the objective.

The MVC structure indicates you use Model where you will create class for your entities within it we have the attributes of the class and the get's and set's plus the toString() only that, if you are using database you can create classes calls DAO (Data Access Object) each entity has its DAO , the Controller is for the business rule or each entity has its Controler, and the View is for the information display.

You will separate everything in an example package:

Good practices say today that a very commented code is not very elaborate if necessary to create interfaces and implement their methods. I hope I have helped.

I think it would be interesting for you to abstract methods that are not directly linked to the function of your class, such as utilitarian methods, but answering your question: