What is the difference between MER (Relationship Entity Model) and DER (Entity Relationship Diagram)?

What is the difference between a diagram of the MER and one of the DER, with examples.

The MER is what you want to do effectively, it is the tool to create data models and their relationships, in general it will be produced in a relational database. The DER is just a visual way to assemble and analyze this model.

MER is abstract, it's just a concept, we can say that it only exists in thought, although you can put it on paper in a disorganized way. The DER is something with its own rules of how to design this model that will represent the organization of data that will use in the database, so we can say that it is a little more concrete, because it is visible and transferable between people and even tools in the database. communication of what will (or has been) done. Of course, it's still an abstraction.

You only have to present the DER, only it is visual. The MER can explain, but the moment you set up an example in an organized and visual way you are doing a DER. If you have already seen a diagram you already have an example.

There are several different notations for a DER. One of them from Wikipedia: 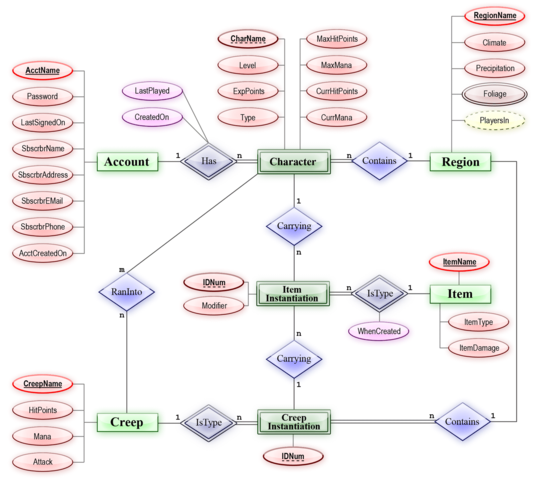 The MER (Entity-Relationship Model) is a language that has the objective of describing conceptual database models. It was proposed by Peter Chen in 1976. Through it you can represent concepts such as entities and relationships. Here's part of the MER notation (or alphabet).

As there are several languages (or languages) in the world (such as Portuguese or Japanese), we know that although different (alphabet, syntax, semantics, etc.), all have the same objective of allowing communication between people.

So, in the same way that the MER language exists for describing conceptual models, there are other languages that allow the same goal to be achieved.

Following the proposal of Peter Chen (there in 1976), other proposals for languages with different alphabets (or notations) appeared. A very famous one is that of James Martin (also known as the chicken foot notation), exemplified below. In the case, the main difference between them would be the alphabet, keeping the concepts of the MER (entities, relationships, attributes, etc.). 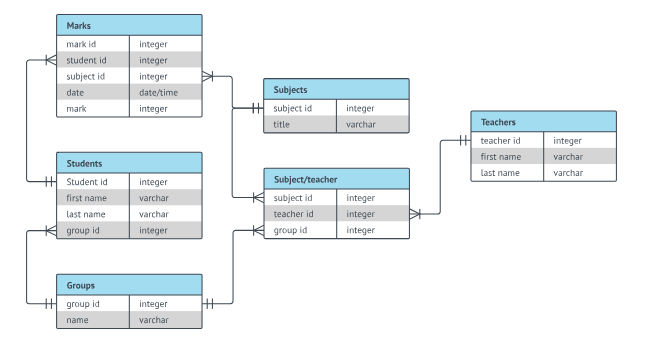