Why does the address of some sites contain number after the www?

Why are there urls that contain any numbers after the www? (www1, www3, www12)

What does this influence?

Yes, it is possible!

This is usually done by a process called balanceamento de carga . Load balancing is basically dividing the load (that is, requests for sites that in turn require some processing power and memory on a web server) over multiple web servers, instead of having um único servidor para fazer todo o trabalho . It usually consists of a unidade central that monitors the load of the other servers, and distribui as requisições sent to a server that has menor carga at the moment. www3 is one of those servers that receive Web requests from controlador central .

For a normal site, this is unnecessary unless it receives thousands of requests per second (for example, Google), but for complex web applications this process keeps the web application performing well, as well as increasing availability ( if one of these servers fails, the rest will still be able to handle the requests).

If you want to learn more about load balancing, you can start here .

These números referem-se to the names of the servers in the load-balancing pool, since each server must have a unique name. They could also have taken a different naming convention, such as naming each server with the name of a planet. In this case, you would see a URL such as namekuseijin.goku.com.br or planetavegeta.goku.com.br

There are several mechanisms that can be used to do load balancing; most of the larger sites use a mix of them.

Primeiro , most of them use a CDN ( rede de distribuição de conteúdo ) that hosts their content on servers scattered geographically, so that customer requests can be serviced by nearby servers. In most cases CDNs are practically a necessity on site that has a lot of media like Tumblr, Flickr, Imgur, Youtube, etc. They are not so necessary for sites that have only text content, for example.

Complementing Paulo Costa's answer, if you want to put a www1, www2, www10 .. address on your site, simply go to the DNS manager for your domain and create a type A record, as shown below (your manager may be slightly different): 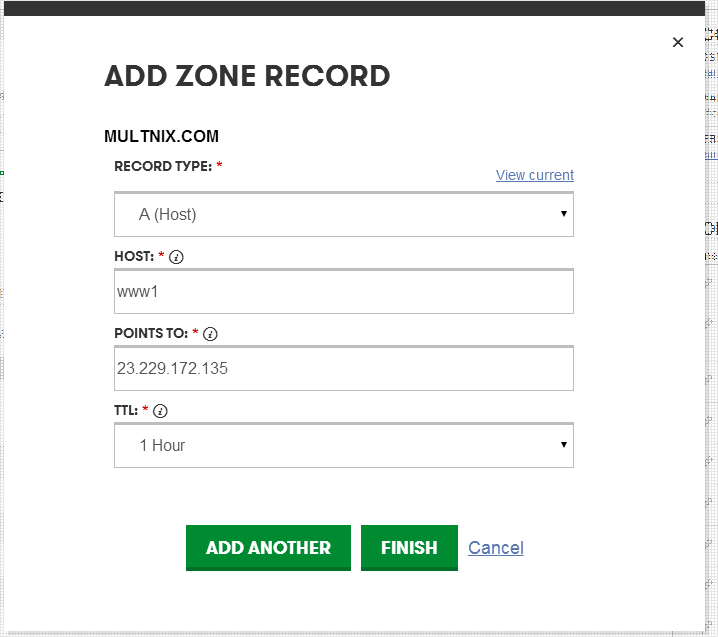